Congress MPs from Punjab on Tuesday said they would move private members bills in the Parliament to pressurise the government to repeal farm laws and appealed to MPs of other parties to join the move.

Former ministers and MPs Manish Tewari and Preneet Kaur, and other Punjab MPs of Congress Ravneet Bittu, JS Gill, Amar Singh, Mohd Sadique and Santokh Choudhry held a joint press conference here on Tuesday to say they had submitted private and collective private members bills in the Lok Sabha and will ask their Rajya Sabha colleagues to follow suit. 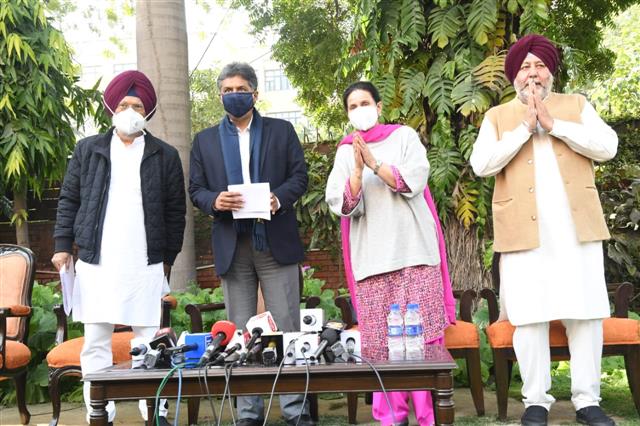 The Congress leaders from Punjab also appealed to other MPs to join the effort to ensure the Centre and the Prime Minister feel the pressure to repeal farm laws.

Ravneet Bittu said 247 MPs of them, 203 from Lok Sabha have mentioned farming as their profession and should join the Congress effort to “hit the arrogance of the government and get them to see the farmers’ point”.

Bittu also said if these MPs don’t speak for farmers their constituents should hold them to account. 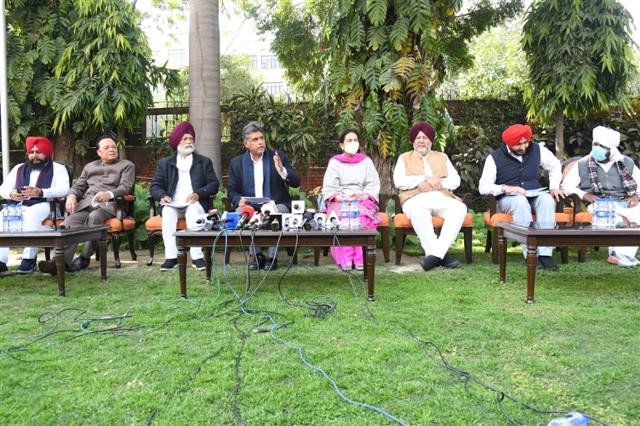 JS Gill demanded Rs 50 lakh ex-gratia be paid to next of kin of the farmers who have died during the farmers’ agitation.

Tewari said the bills demand repeal of farm laws on grounds that they are illegal and unconstitutional.

Asked why the Congress did not petition the courts against the laws on grounds of illegality Tewari said, “The SC is seized of the matter and the laws have been stayed. We are taking whatever action we need to take as legislators against the laws.”

The Congress MPs also said that they would hope other parties join the move in the interest of farmers.

The Congress leaders said the movement is not confined to Punjab as Agriculture Minister Narendra Tomar sought to suggest in Parliament.

“We will urge Lok Sabha speaker to prioritise the introduction and passage of our private members bills,” he added.